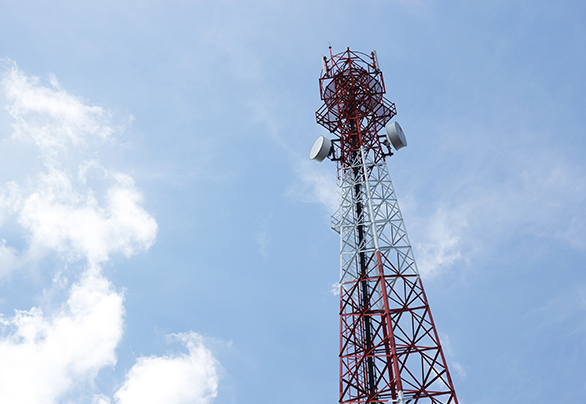 The Future of the 5G Wireless Communications Industry

The evolution of the internet and other related technologies has brought forth a technological revolution that’s only now staring to be truly felt and realized. The modern smart phone is perhaps the symbol of what’s taking place, and the technology that goes with it, 5G, is slowly but surely becoming a household name across the United States and throughout the world. With that said, most people still don’t know much about 5G or the benefits it will offer consumers and investors in the coming years.

The wireless system known as 5G, which simply stands for “fifth generation,” is the fifth generation of cellular networks that was first introduced in 2016. Use of the 5G network has been slow, but it’s estimated that there will be more than 1.7 billion subscribers by 2025 and that its use will be increasingly tied to the ever evolving concept known as the “internet of things” (IOT), which includes the networks, devices, and basically anything “smart” that uses the internet.

Because more and more people own multiple devices and spend more time online, the speed of data transfers have slowed and 4G just can’t keep up. The 5G network will be 10 to 100 times faster than 4G, which will offer a plethora of benefits for consumers, companies, and investors alike.

As 5G becomes more common and available, users can expect faster speeds that will enhance everything from sending photos and files on their phones to streaming movies at home. Consumers will see lower tech costs once 5G becomes the norm and users will also enjoy an enhanced work-from-home experience. Investors in 5G technologies can also expect to benefit in everything from semi-conductor companies and other tech related fields to real estate investment trusts (REITs), which are expected to drive much of the 5G infrastructure investment. So let’s take a look at what 5G is and how it will affect our lives in the next few years.

As mentioned earlier, 5G is the latest version of the worldwide cellular network that is poised to replace 4G. The technology that 5G uses is similar to that employed by 4G, but there are some notable differences. The 5G network combines different bands of spectrum and utilizes new base stations, and a virtualized core network. This allows 5G to use higher frequency bands, which most importantly result in a quicker network. As a reference, 5G networks run at 10-30Gbps (gigabits) versus 100-300Mbps (megabits) on 4G. This difference also means 5G networks have lower latency, and when it comes to latency lower is better. Latency measures how much time the signal will take to go from its source to the receiver and then back, so the less latency equals quicker speeds for streaming, uploading, and downloading.

The 5G networks will also have more bandwidth, which will allow more data to be stored and shared, more quickly. But the increased speed and bandwidth are not the only major differences between 4G and 5G, the entire 5G network is poised to replace the internet networks as we know them. Unlike 4G, which is primarily just for phones, 5G at some point could replace cable internet connections throughout the world. This won’t happen overnight and it will be expensive, but experts believe that eventually the prices of 5G will decline, providing another key difference between it and its predecessor.

Although 5G will initially be more expensive, it’s believed that the innovations will eventually drive down the costs. Nokia has stated that 5G will lower the cost per bit by 70% once at full capacity, which will allow carriers to achieve better cost on incremental services. As more and more smartphone companies equip their products for 5G capabilities, the costs will decrease across the board. Ericsson expects that 2.8 billion smartphones could be 5G enabled by 2025, helping to increase the supply and thereby reducing costs. So, 5G will certainly bring a different tech experience to those who use it, but what specific benefits will in bring to consumers and investors.

Some of the consumer benefits have already been touched on, including faster streaming, upload, and download times, as well as more storage space on devices. But there are also some other benefits you may not immediately consider, such as how 5G will play a role in how we get around.

The 5G networks will allow for faster data processing between vehicles, networks, and infrastructure—such as traffic lights, lampposts, and gas stations—that have the ability to make our morning and evening commutes safer and more enjoyable. In addition to easing the driving experience, 5G technology will help move the idea of autonomous cars out of sci-fi and into reality quicker.

Other benefits that consumers can expect from the 5G revolution include a better work experience. As more people work at home in the post-COVID world, companies and individuals will expect faster and more reliable data sharing and live video conferencing, among others things. Many of the glitches experienced today in remote work are expected to be mitigated in the future, if not eliminated altogether, thanks to 5G technology. And as 5G technology becomes the norm in the internet landscape, there will be plenty of opportunities for business and investors to make money.

Many of the benefits consumers of 5G will enjoy will be shared by businesses and investors in 5G networks and related IOTs. The advertising sector in particular is predicted to benefit greatly from 5G and to be an arena where consumers and businesses come together. A Verizon survey has revealed that 49% of advertisers believe 5G will provide better customer experiences, while 47% are looking forward to the new creative formats it offers.

Among the technologies enhancements that advertisers believe 5G will bring, and what consumers can expect, include real-time location-based targeting, which 46% of advertisers plan to use. The survey also showed that currently one-third of advertisers are making plans to use 5G, but that number will certainly grow as the technology is rolled out in the coming years.

Other business and investor opportunities connected to 5G that have been cited in reports and articles include semi-conductors, which are part of the physical properties needed to make 5G networks function. Along those same lines, although perhaps a bit surprising to some, is the role real estate investment trusts (REITs) will play in the development of 5G networks in the United States and many other countries.

The REITs will build and administer the physical infrastructure of 5G networks, including the cell towers. Among the better known REITs that are positioned to play a major role in the 5G network are Crown Castle International (CCI), Qualcomm, Verizon, and Amdocs Limited. CCI already owns, operates, and leases cell towers and other physical infrastructure and is expected to expand its share in the emerging 5G infrastructure in the coming years. Amdocs, which is a telecommunications company, won the award for Most Innovative 5G at Light Reading’s Leading Lights 2019 and has made recent acquisitions to expand its 5G footprint. More telecom, tech, and real estate companies are poised to make similar moves as 5G becomes the norm throughout the industrialized world.

5G Is the Future

Change is difficult for many but like it or not it’s inevitable and so is the future dominance of the 5G network. There’s no doubt that the modern world is dominated by technology and there’s also no doubt that tech’s dominance will continue, and likely increase as young people who grew up attached to cell phones, tablets, and laptops become adults. Some of us may not like the high-tech world we live in, but there’s no point in resisting it. In the future, educating yourself about tech trends, in this case 5G, will be crucial to success.

Education about what the 5G network is, how it’s different than 4G, and the benefits it can potentially bring to consumers, investors, and businesses will give you an edge when making a purchase or investing in a business. An examination of the emerging 5G reveals that it will present many opportunities for consumers and investors. Consumers can expect better experiences streaming, uploading, and downloading data while the quality their time working at home and driving will also be enhanced. Ultimately, as more people subscribe to 5G networks the costs will decrease for everyone. Investors and businesses will also benefit by being at the forefront of the 5G, it’s just a matter of knowing how and when to seize the opportunities.