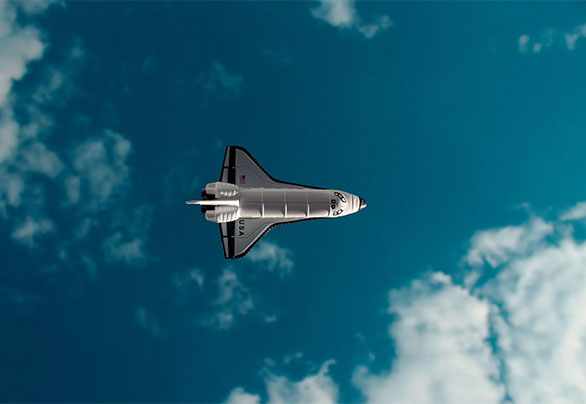 How Will the Billionaire Space Race Affect Society?

As NASA’s physical exploration of space has diminished in recent years, other organizations have picked up the slack. The Russians, Europeans, and Chinese have all increased their presence in space, but so too have a number of corporate entities. In fact, the recent popular (and media) interest in space exploration has largely been spurred by three billionaires and their organizations – Elon Musk’s SpaceX, Jeff Bezos’s Blue Origin, and Richard Branson’s Virgin Galactic – leading many to term this new era of space exploration the Billionaire Space Race.

The Billionaire Space Race grabbed headlines in the summer of 2021 when Bezos and Branson flew in their creations to the lower limits of outer space. Their programs have been around for several years, and this has created plenty of debate about the merits, or lack thereof, of this new space race. The reality is, though, whether you think space exploration by private organizations and individuals is a good idea or not, it’s not going to stop any time soon, so it’s important to critically examine this new space race and how it will affect all of us in the future.

A few particularly important things to consider include the technology used by these new space vehicles, how they are different than the vehicles of the first space race, and how those changes are beneficial. The Billionaire Space Race’s impact on everyday consumers and investors is also considered here, in particular how private space exploration can help alleviate some of the challenges we face on Earth and how investors can benefit in the process.

The technology of private space exploration

The technology that these new private space exploration companies use to power their vehicles is important because they yield both immediate and long-term implications. Blue Origin and SpaceX use similar vehicles to launch into space, so let’s start with them. Both companies power their vehicles with rocket propulsion technology utilizing different types of engines and fuel depending on the payload and particular mission. Blue Origin uses six different types of engines for its rockets: BE-1, BE-2, BE-3PM, BE-3U, BE-4, and BE-7. Blue Origin designs its rockets for reuse and, depending on engine type, the company uses the following propellants as fuel: Peroxide, kerosene and peroxide, liquid hydrogen and liquid oxygen, liquefied natural gas, and liquid oxygen.

Founded in 2002 (two years after Blue Origin), SpaceX uses similar technology in its rockets. The Falcon 9 rocket, which is partially reusable, is the core workhorse of the SpaceX fleet, and is fueled by liquid oxygen and rocket-grade kerosene. SpaceX also utilizes the Falcon Heavy rocket for larger payloads, and the Dragon, which ferries humans and cargo into space. The Dragon was the first private spacecraft to transport people to the International Space Station and is currently the only spacecraft capable of returning significant amounts of cargo from the Station to Earth. The third entry in the Billionaire Space Race, Virgin Galactic, oversees a fleet of very different vehicles – and reasons – for exploring space.

Virgin Galactic bills itself as the “world’s first commercial spaceline”, and its primary vehicle clearly resembles a plane much more than a classical rocket. The “spaceplane” currently used by Virgin Galactic, known as SpaceShipTwo, is sent into the lower levels of space by the WhiteKnightTwo carrier. SpaceShipTwo uses a hydroxyl-terminated polybutadiene (HTPB) fuel and liquid nitrous oxide oxidizer that propels the motor after it is released from the carrier aircraft. Upon reentry and landing, it uses no propulsion. SpaceShipTwo made it officially into space, more than 50 miles above Earth, in 2018.

What sets these vehicles apart?

All the players in the Billionaire Space Race have used existing technology to model their new vehicles, although they’ve also added a few important innovations. Blue Origin and SpaceX have utilized the technology of expendable launch systems or vehicles (ELSs/ELVs) as the bases for their vehicles, with the notable exception that their vehicles are partially or completely reusable. This may not seem like an important difference, but ELVs are much more costly and environmentally harmful. Both of these concerns may play a role to entice consumers, companies, and investors in the future when commercial space travel and exploration become more common and lucrative.

Although very different than SpaceX and Deep Blue’s vehicles, Virgin Galactic also more or less primarily draws from pre-existing NASA technology. In 1986, NASA began the Rockwell X-30, also known as the National Aero-Space Plane (NASP), which was meant to be a passenger, suborbital space liner. Like SpaceShipTwo, NASP was envisaged to take off from the ground, avoiding the need for a large rocket booster system, but the project was ultimately canceled in 1996 before a prototype was built. The vehicles of the Billionaire Space Race are definitely bringing new innovations to the field of space exploration, and as the race evolves, many long-term implications for general consumers and society have developed.

The tycoons who own these space programs and the army of scientists they employ are constantly thinking of new ways to use the technologies they’ve developed to turn a profit and offer some benefits for greater society. Some of these benefits take place in space, such as the development of more and increasingly sophisticated satellites.

SpaceX is in the process of creating a satellite network known as Starlink. Starlink was first launched on May 23, 2019 with the goal of putting up 12,000 satellites to provide broadband internet for underserved parts of the world. The other companies have shown interest in following this trend as well as developing other satellite programs for business ventures that include tracking shipping movements or locating valuable natural resources.

But the Billionaire Space Race also has the potential to help alleviate terrestrial problems such as hunger. According to the World Economic Forum, the technology described above can also be used to image large areas of agricultural land and help bring clean water to people by monitoring reservoirs. The success of such endeavors will ultimately rely on the willingness of the CEOs and boards of these companies and how much capital they have to spend, which is itself dependent upon investors.

The numbers show that there’s plenty of investment opportunities, and interest, in private space programs. In 2009, total funding in private space exploration exceeded $20 billion, which continued to grow in the following years. More than $1.7 billion in equity was invested into corporate space companies in 2019, or nearly double from the previous quarter. The profits are also expected to grow. The current $350 billion in revenue captured from private space exploration is expected to grow to more than $1 trillion in 2040, giving any ambitious investor a unique opportunity.

And future investment in private space exploration will likely be driven by lowered costs in the industry. Morgan Stanley recently reported that thanks to the reusable rockets used by SpaceX and Blue Origin, the cost of launching a satellite has declined from about $200 million to $60 million. Satellite mass production could further decrease these costs to about $500,000 per launch. As decreasing costs will likely entice more investors (including non-industrial, “main street” investors), increased competition among the private space programs will drive innovation.

Just as the competition between the United States and the Soviet Union led to amazing scientific innovations in the original space race, the urge to be first will likely create new discoveries and bring down costs in the Billionaire Space Race. Where the race ends and how many new discoveries are made are only dependent upon the deep pocketbooks and egos of the tycoons involved, not public opinion or government bureaucracy.

Not your grandpa’s space race

In many ways, the Billionaire Space Race of today resembles the original space race between the US and the USSR. Similar to the original space race, the parties involved in current space exploration strive to be the first among their peers to grab the glory and associated profits. Yet there are also some notable differences – namely the cleaner, more efficient technologies that are propelling these space vehicles.

When the Billionaire Space Race is put into a wider perspective, it’s clear that it offers a number of benefits for consumers, investors, and society in general. The expansion of technologies to alleviate problems on Earth is perhaps the primary selling point of these private space programs, but these programs also offer investment opportunities today and in the future. Finally, the competition between these private space companies will eventually lead to better technology and lower costs, which in the end will bring more benefits to consumers and greater society.