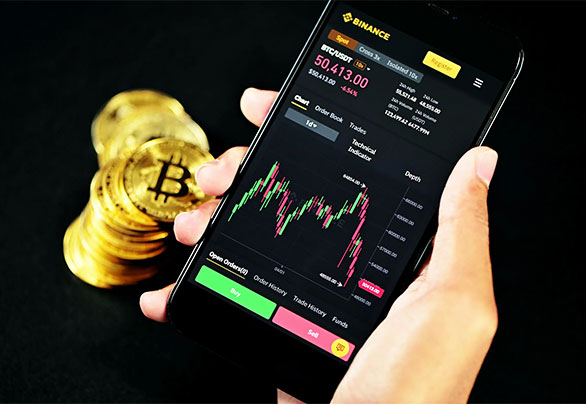 Are Proof of Stake Crypto Coins the Future of the Market?

When Bitcoin became a reality in January 2009, it revolutionized global economics. Bitcoin, and the hundreds of cryptocurrencies that came after it, have offered individuals a completely new way of envisioning and conducting everyday financial transactions, as investors use it as an alternative currency, hold it as a store of value, and trade it as a financial instrument. And thanks to the versatility and decentralized nature of cryptocurrencies, investment in them has taken off, sending the prices to the moon, but all this growth hasn’t been without some problems.

You’re probably aware of the People’s Republic of China’s love-hate relationship with cryptocurrencies, which has influenced the market’s volatility and quick bear-bull cycles. One of the earliest bullish proponents of Bitcoin and other cryptocurrencies was Tesla CEO Elon Musk, who made the unprecedented move on March 24, 2021, of accepting Bitcoin payments for his company’s electric vehicles (EVs). The move sent Bitcoin prices and Tesla stocks soaring, but “as the lord giveth he taketh away”, and on May 21, Musk made an about-face, announcing that Tesla would no longer accept Bitcoin as a form of payment. The announcement caused the bottom to drop from Bitcoin, and most cryptos in general, from which the market has still not quite recovered.

Many crypto investors were furious with Musk, accusing the entrepreneur of manipulating the market for his own ends, but the truth is that he expressed legitimate concerns about the crypto mining process, which requires enormous reserves of energy. Many in the crypto community believe the answer to the costly and potentially environmentally hazardous process of crypto mining is to transition to proof of stake (PoS) coins, and as young, environmentally conscious investors enter the crypto market PoS coins are certainly worth considering.

The problem of crypto mining

One of the most interesting aspects of Bitcoin and most other cryptocurrencies (but also the most problematic in many people’s eyes) is how new coins are produced. Crypto coins are produced by way of a process known as mining, which involves either a graphics processing unit (GPU) or an application-specific integrated circuit (ASIC). The mining process can be done by anyone, anywhere, provided they have the proper computers. The computers connect to the blockchain where they attempt to solve complex equations. The first computer to do so receives a new block of crypto.

This process is known as the proof or work (PoW) distributed consensus algorithm. These same computers (and those who use them, known as “miners”) also validate crypto transactions on the blockchain to prevent the double-spending of coins. In addition to Bitcoin, some of the most popular cryptocurrencies use the PoW process, including Bitcoin Cash, Litecoin, and Ethereum. The PoW process may seem complicated, but it is highly effective and efficient to a certain degree. The issue that Musk and many other crypto investors have with it, though, is the high amounts of energy it consumes.

The high energy consumption of PoW coins is the result of the competitive nature of the mining process combined with a worldwide increase in Bitcoin’s popularity. As more and more people invest in crypto, more and more people also want to mine it. To put this into perspective, in 2017 miners were using 29,05TWh of electricity annually, or about .13% of the world’s annual energy consumption. This may not seem like much, but it’s more what than 159 countries produce combined.

And this trend will only continue, as more and more countries continue investing resources into creating massive mining pools where hundreds of ASIC computers run nonstop. The PoW system has been blamed for contributing to rising energy costs and making it difficult for independent miners to get into the game, but there’s also been a growing chorus of crypto enthusiasts who want to limit the process’ carbon footprint. Due to all of these problems, crypto developers introduced the proof of stake (PoS) system in 2012.

The PoS system works to validate crypto transactions, get consensus, and ensure that coins aren’t being double spent, but the key difference is the lack of mining or miners. With PoS cryptocurrencies, “validators” replace miners by validating new blocks in the chain based on how much stake is owned. For every new expected block to enter the chain, a validator will be “nominated” by participants who hold a stake by owning a certain amount of the blockchain’s coins. Once the validator solves a transaction, a verification process takes place.

So how does the PoS system relate to cost efficiency and carbon footprints? Well, the most important part is that the powerful mining computers that form the backbone of the PoW system aren’t needed. Because the digital coins are created in the network with PoS systems, they only need enough energy to power their blockchain’s core software, which means that they use less energy, create less of a carbon footprint, and are ultimately more cost-efficient.

For all of these reasons, PoS coins have become popular with younger and environmentally-conscious investors, and also with investors who have discovered some of the unique financial benefits of the nominating process.

In addition to holding PoS crypto coins, investors can stake their coins for validators to use in the process. Investors nominate validators who then complete the process of validating new blocks in the chain, which then pay dividends to the stakeholders. There are a number of PoS coins that have become more attractive as investment opportunities. This is due to both their overall value and their potential for staking.

Currently, the top PoS crypto available is Cardano (ADA). Since its debut in September 2017, Cardano has taken the crypto world by storm, selling briskly and earning a market cap of nearly $73 billion. This amount is good enough to place it just behind crypto giants Bitcoin and Ethereum. Cardano is expected to produce staking yields of nearly 3% for 2021, making it a good investment to hold or stake.

Also founded in 2017 (and just behind Cardano with a market cap of $71.5 billion) is the PoS coin Binance Coin (BNB). Binance Coin is the official PoS coin of the largest online cryptocurrency platform in the world, Binance, which – at least for the near future – should assure the currency’s relevance and value in the market.

Two other notable PoS coins to keep an eye on are the somewhat strangely named Polkadot (DOT) and Solana (SOL). Solana has performed well recently, with a market cap that hovers between $50 billion and $45 billion, while Polkadot is just behind at around $34 billion and gaining. Trading in Polkadot has become particularly popular on the Ledger Live trading app, which is the proprietary crypto app of the Ledger hardware cold wallet.

The future of crypto is green

As energy costs and environmental concerns grow, expect the more cost-effective and environmentally friendly PoS cryptos to grow in popularity. PoS coins currently comprise four of the top 10 cryptos in terms of market cap, and ongoing open-source development continues to transform Ethereum into a PoS coin. When these factors are considered, along with the fact that many PoS coins are a good way to earn passive income, the future of crypto does seem to be much greener.