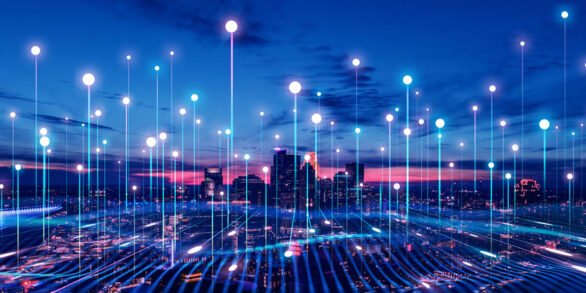 When Facebook CEO Mark Zuckerberg announced in October 2021 that the brand
would be changing its name to Meta, most people didn’t know what to think of it. After
all, it took years to build Facebook into a brand name known in just about every corner
of the planet, so people were left asking a few questions, most importantly, what does
Meta mean or stand for? In the subsequent months, more information has been
revealed about this name and how it relates to what many experts believe is the next
big step in the tech revolution – the metaverse. Many companies are beginning to jump
on board with the metaverse, hoping to catch this latest tech wave to reap what they
believe are untapped profit potential. An examination of the metaverse does reveal that
there is in fact plenty of potential, but brands that decide to take the journey into the
metaverse and hope to be successful will have to understand how they can develop this
new technology to give consumers a better experience.

There’s no doubt that the metaverse will involve plenty of money, as it does already, For
example, the virtual reality (VR) market, which is part of metaverse technology, is
expected to exceed $180 billion in 2026 and will likely far exceed that once the
technology is more widely accepted. But before examining the potential benefits of the
metaverse for consumers and companies, it’s important to define what it is exactly. The
metaverse refers to things, such as work and play, that can be done completely in an
online “world.” The metaverse is a fully immersive internet where participants use VR
headset and avatars of themselves to interact with other people in a variety of different
environments.

An Idea Is Born

As futuristic as the idea of the metaverse may seem, the idea was born more than 100
years ago. The first step into metaverse technology took place in the mid-1800s, when
stereoscope goggles were the rage in North America and Europe. These goggles
essentially let people see photographed images in 3-D, which was quite advanced for
the time when one considers that photography itself was quite new. For decades,
though, stereoscope goggles were the closest anyone got to the metaverse until Morton
Heilig made a major breakthrough.

In 1956, Heilig invented the “Sensorama Machine,” which was a device that put a
person in a truly interactive environment. Heilig’s machine simulated the experience of
riding a motorcycle through the streets of Brooklyn by combining 3-D video through
goggles with sounds, scents, and a vibrating chair. The Sensorama Machine was

primitive by today’s standards, but it got quite a few people thinking about the
possibilities, including sci-fi writer Neil Stephenson.

Stephenson first coined the term “metaverse” in his 1982 dystopian sci-fi novel, Snow
Crash. In the novel, people of the future connect to the metaverse via terminals and VR
goggles, often spending most of their waking hours immersed in the virtual. In fact, an
entire class of people were created called “gargoyles,” whose physical features became
distorted due to their excessive time in the metaverse and a lack of sleep, exercise, or
proper diet. Some viewed Snow Crash as a warning, while others saw it as a call to
move in that direction. Those who saw the benefits of the fictional metaverse won the
debate and now the metaverse is no longer science fiction.

The first steps to make the metaverse a reality came in the late 1990s with the release
of VR headsets, but they were technologically crude and not truly immersive. The
breakthrough came when an 18-year-old entrepreneur and inventor named Palmer
Luckey created the prototype for the Oculus Rift VR headset in 2010. The Oculus Rift
gave the user a 90-degree field of vision and a much more immersive experience,
kicking off the current interest in VR and metaverse technology. This was technology
that was bound to make an impact.

Seeing the possibilities, Zuckerberg and Facebook acquired Oculus VR for $2 billion in
2014, publicly stating that they would develop the Oculus platform with different

partners. Facebook then officially changed its name to Metaverse Platforms (Meta) in
2021, further signaling that the metaverse would be an integral part of its company’s
future. Sony, Samsung, and Microsoft then followed with plans to develop their own
metaverse platforms. The initial thrust into the metaverse has been spurred by the
gaming industry, but other companies and tech leaders are beginning to see other uses.

Even before Facebook became Meta, tech leaders around the world were laying out the
roadmap for the current metaverse. The first Metaverse Roadmap Summit was held in
May 2007, which predicted that by 2016 the internet would become a world where
people could immerse themselves in a virtual world to more easily access digital
information. Although the summit may’ve had an ambitious timeline, the idea that the
metaverse can be utilized for more than just games is becoming a reality.

The Future of the Metaverse

There are a number of potential uses and benefits that businesses, brands, and
consumers can expect to gain from the metaverse, not the least of which is how work is
done. Since the start of the COVID-19 pandemic, more people began working from
home via the internet, which some experts believe will transition into the metaverse.
Employees will be able to access virtual office suites and interact with their colleagues
in a way that is more personal than phone, email, or text. Businesses will also have the
ability to conduct virtual training of new and existing employees in virtual classroom,
which will be more efficient for businesses and more convenient for workers.

The metaverse will also likely affect specialized industries and help brands that are
willing to be forward thinking and utilize its potential. Because consumers view brands
that use the metaverse as innovative and positive, companies that use the metaverse
can expect a boon to their profits in the coming years. As interest and use in the
metaverse grows, new opportunities will open as metaverse infrastructure is built.

don’t quite understand it. These numbers show that there’s still plenty of room in the
space for growth in sectors other than retail and gaming and that it’s just a matter of
brands taking the initiative.

Another poll showed that 39% of the respondents cited an ability to overcome real-world
disabilities as a reason to use the metaverse, while 37% said it could help enhance their
creativity and imagination. And as brands take these consumer attitudes into
consideration, or at least they should, social media is already making the transition into
the metaverse to give its users a more interactive and fulfilling experience. Consumers
will no doubt take advantage of the expanding metaverse in the years to come, but so
too will investors.

As mentioned previously, tech and gaming companies have jumped on board to the
metaverse trend and in the coming years advertising and non-tech companies will also
look for opportunities in the metaverse, which will open up new opportunities for
investors. In 2021, metaverse related companies raised $10 billion for their projects,
which was more than double the previous year. This trend will surely continue, although
it remains to be seen how much those numbers will increase and at what rate.

The metaverse has arrived and although many people still don’t know what it is, or its
possibilities, it will definitely grow in size and influence in the coming years. As more
companies invest in the metaverse, it will move from gaming into other sectors that will
benefit workers, consumers, and investors. Brands that understand the potential of the

metaverse and how it can relate to their customers are poised to benefit from this new
technology that may change all of our lives.