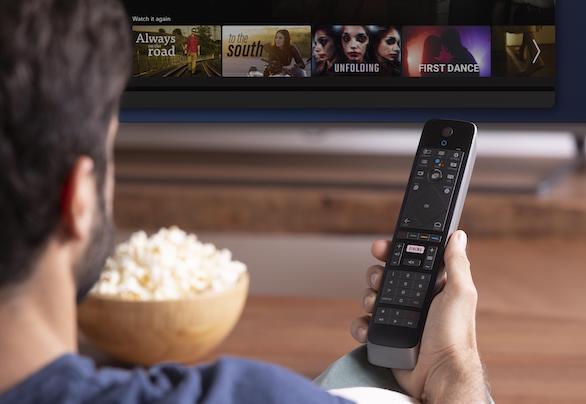 Netflix presents itself as a social concept, entertaining people and engaging them in a way that creates open-mindedness and brings communities together. Is this true or is this just the next level of profiteering, preying unethically on the emotions of the public for financial gain without due regard to the consequences? Are any of their competitors different and how have they been influenced by Netflix? With Netflix reporting some 200 million subscribers worldwide and rising public concerns about content, these are perhaps issues that need to be addressed.

Streaming services just keep growing, with big-name competitors like Disney squaring up to take on Netflix. There can be no doubt that Netflix has been the major player and mover in the transition to streaming media, developing rapidly from the early days of leasing out DVDs by post to embracing the internet and promoting OTT streaming services right across the globe. Other organizations like Hulu and HBO Max have jumped on board this innovation and introduced rival packages to poach subscribers but the minds behind Netflix repeatedly moved the concept on to the next level. Their massive success seems based on their intuitive understanding of market trends and simply, but boldly, taking the obvious next step ahead of the competition.

The world has leapt across bridges and scaled peaks in home entertainment since the advent of television which promised to advance global education and benefit society. News and documentaries have engaged minds, educated and advanced knowledge and understanding of our own communities and others. In this way, TV stations achieved the aspirations of early pioneers but in many homes became the center of attention, taking over leisure hours, changing eating habits, limiting daily communication between family, friends and guests. Some considered TV to be an inherently anti-social innovation and questioned where it would all lead.

At the same time as TV insinuated itself into homes, cinema provided increasingly fascinating visual entertainment, racking up the dollars for movie-makers. Yet movies still meant going out, being with others, discussing plots or reactions and interacting with friends and family. With the introduction of video recordings and the VCR, this too would soon change with stores renting out big-name movies for home viewing. DVDs and DVD players continued the trend.

In 1997, the creators of what would become Netflix, Reed Hastings and Marc Randolph saw an opportunity and began selling and renting movie videos by mail-order. Domestic life for millions refocused again with the possibility of watching TV at a more socially palatable time and movies at home, solo or as a sharing experience. Perhaps at this point, these developments mitigated the fears of detractors of modern media, but as the internet rapidly infiltrated every facet of working and home life, the same concerns would resurface.

Hastings and Randolph marched on, building up their number of film titles, providing viewing suggestions for renters and introducing a subscription scheme that became a business model for the future. As video-on-demand and consumer television services began to take over from traditional static broadcasting and video playback devices, big cable and satellite providers dominated the scene. Boxes became essential appendages to TVs, roads were ripped open to install cables and satellite dishes scarred rooftop views. Conversations revolved around getting sufficient broadband width and budgets had to factor in these extras and pay–per-view TV fees. The Netflix creators sensed the next move and reacted.

Advances in technology, so amazing in the 20th century, became meteoric phenomena in the 21st especially in the field of computer science. Once only found at work, personal computers soon sat alongside the TV. The cumbersome tower apparatus and accompanying clumsy desk barely hiding nests of wires shrank to a laptop on the table and minimized after to a hand-held wire-free tablet and finally withered to a smartphone. The internet changed lives and travelled across the world like a bouncing bomb, landing on societies in the farthest corners of the earth.

In 2007, streaming services, limited by broadband width and other negative factors, provided poor quality videos but Netflix decided to risk-all and launch a video streaming service via the internet. With their refined curating system, they uploaded content onto servers and made it available directly and instantly to subscribers. This would make binge-watching possible (and likely) and another age of home entertainment was evolving in the face of the cable giants.

Netflix had taken a huge gamble but the technology developed rapidly to make the vision a successful reality. Massive teething problems in the transition finally abated and by 2011, with Wi-Fi an established means of watching videos and TV, Netflix began developing its own content, again ahead of competitors. As the internet spread across the globe, so did Netflix streaming content to subscribers and without advertisements constantly interrupting services, another big plus for the company over alternatives.

Wi-Fi and streaming services, even live TV, meant that viewers had come back to the start. TV had brought benefits beyond just entertainment but the modern age allowed viewers to choose subscriptions meaning viewing-on-demand anywhere, anytime and on multiple devices. A new generation could live no other way and far from freeing-up social time. For many people, huge chunks of life had become lived out on a computer screen. Recently, social media has lambasted companies like Netflix for putting out inappropriate, even dangerous, content. Child-controls on devices are easily circumvented by young people where every friend or acquaintance has internet access on their phones and personal computers. Movies and TV shows involving unacceptable levels of sex, violence and obscenity are increasingly worrying where communities have indeed been brought in touch with each other but not necessarily in a beneficial way.

The billion-dollar success of Netflix evolved through assessing and curating the popular viewing choices of individuals rather than overall ratings and seeing the natural progression in technology. It follows, that their subscribers are still able to call the shots and, if Netflix, stays true to its format, unpopular or unacceptable content will disappear. Anti-social use of streaming services is perhaps a matter of how individuals respond to the choices available.