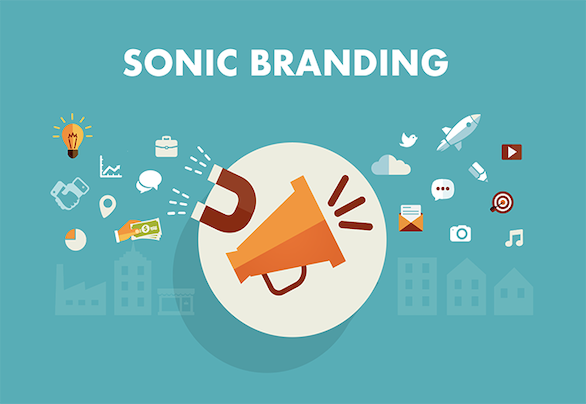 It’s What You Hear: The Rise of Sonic Branding

Advances in marketing have gone hand-in-hand with advances in technology, which has created both challenges and opportunities for businesses. As companies realize that branding is vital to their success, because it connects them to their customers in a personalized way, they have also discovered that some technologies and methods are more useful than others. The idea of sonic branding is one such method that has allowed companies to connect better with their customers and expand their brands. How well a company utilizes sonic branding, though, is contingent upon many factors, not the least of which is how well brands understand their customers.

Sonic branding, which is sometimes referred to as “audio branding,” refers to any sound, audio cue, or jingle associated with a brand. The most successful brands today understand the importance and nuances of sonic branding and how to properly use it. A recent study by Visa found that 81% consumers had a more “positive perception” of brands that use sound or animation cues. Although the basics of this are simple, there’s a science behind it, and unfortunately many companies are not taking advantage of it.

Sonic branding has existed to a certain extent for about 100 years, but the current technology wave offers new opportunities for brands. So let’s take a look at the background and history of sonic branding, why it’s so important today, a few brands that effectively utilize it, and some potential future trends.

The concept of sonic branding isn’t particularly complicated, nor is it very new. Sonic branding does, though, require the use of recording devices so its use in history has been limited in that respect. When radios became affordable and widespread in the 1920s, sonic branding soon followed with simple jingles and toons. By the time televisions became an ubiquitous part of American homes in the late 1950s, sonic branding had entered a new and slightly more complex phase. The repetition of certain jingles began “sticking” in consumers minds, causing them to identify with certain brands. The Rice-A-Roni jingle is one of these early examples, but there are many more.

The evolution from radio to TV was accompanied by an audio marketing shift from simple jingles to more targeting branding. The jingles remained, but they were added to, arranged differently in different contexts, and essentially given a life of their own.

Perhaps no other brand represents this shift from simple jingles to sonic branding more than United Airlines. In 1980, United began a sonic branding campaign to the tune of George Gershwin’s “Rhapsody in Blue.” Most customers probably didn’t immediately notice it, but by the 1990s – after United had used several different versions of the tune in commercials as well as in physical places they control, such as in airport terminals – the tune was an easily identifiable part of United’s brand. United demonstrated the importance of sonic branding, and before long other companies followed.

The Importance of Sonic Branding Today

So, it should be clear that sonic branding goes hand-in-hand with technology, which means that as our society becomes more technology driven and dependent on technology, it will continue to grow in importance. Although sonic branding has technically been around for 100 years, people now have nearly constant access to audio devices, expanding the reach of sonic branding. Presently, half of television and video is consumed through mobile devices, and this number is expected to grow.

Brands that effectively utilize sonic branding will not only recognize this trend, but learn how to use in a way that connects them with their customers. Two of the ways brands will do this are through sonic signatures and smart speakers.

A sonic signature is a particular tool or subset of sonic branding that involves just a few notes that are repeated in the same, recognizable way as a confirmation of an action. For example, when you boot your computer you hear the familiar Apple ring, or when you turn your phone on your greeted by the T-Mobile jingle. These and many more examples of sonic signatures can be fully realized with smart speakers.

Smart speakers, such as the Amazon Echo and the Google Nest, are growing in use and offer an opportunity for brands to gain more loyalty. According Mastercard CMO and author of Quantum Marketing, Raja Rajamannar, 25% of American households already have smart speakers and more will soon follow. Smart speakers will be increasingly used to reinforce brand identity through repeated sonic signatures.

There are several examples of brands successfully utilizing this 21st century version of sonic branding, so much so that most people don’t consciously realize it. And it’s that unconscious nature of how sonic branding works that makes it so successful. We hear examples of this type of branding daily, throughout the day, which influences our spending patterns and brand loyalty. For example, there’s McDonald’s 2003 “I’m lovin it” jingle, which seems much older to most people. Insurance companies have also recently gone all-in with sonic branding, with Nationwide, State Farm, and Liberty Mutual all creating jingles and sonic signatures that are associated with their brands.

Because sonic branding is a tech based branding tool, it stands to reason that tech companies have embraced it fully. The catchy and noticeable T-Mobile jingle was mentioned earlier, but additionally there are the HP, Apple, and Dell signatures when you start your computer. But few tech companies have invested more in sonic branding than Netflix. In 2020, Netflix hired legendary composer Hans Zimmer to refine their sonic signature, giving their brand a new connection with their existing customers as well as a tool to recruit new customers.

To Use Sonic Branding or Not?

Companies are truly benefiting from using sonic branding, and marketing companies now exist that focus solely on sonic branding, but is it a good fit for every brand? If a brand uses recorded audio, podcasts, vlogs, or even telemarketing where customers are placed on hold, then they need to develop a sonic branding campaign. The reality is that today, with the way music, sound, and visuals are routinely combined in an array of forms and dispersed through a variety of devices, almost any company will benefit from sonic branding.

Sonic Branding and the Consumer

Sonic branding has many potential benefits for companies and consumers if it’s done correctly. The most successful brands today are those that know the consumer and build a strong relationship with their customers. Sonic branding represents a new frontier in marketing because it combines modern technology and trends with psychology in the form of jingles and signatures to create a “sound architecture.” When the association between sound and brand is automatic and unconscious, the full potential of sonic branding is being realized.

Rudly Raphael is the Founder and CEO of Eyes4Research, a Chicago-based research and data collection firm that specializes in quantitative and qualitative research solutions. Rudly has more than 15 years of experience in the market research industry, implementing primary and secondary research for a number of high profile clients. He’s a frequent blogger and has published a number of articles in various online journals, magazines, and other publications.