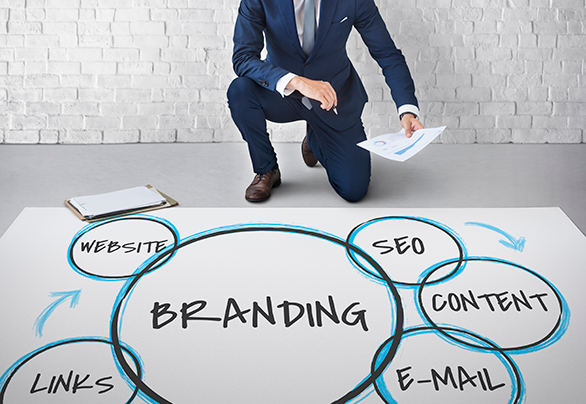 Brand Loyalty and the Future of Business

The last two years have seen a number of major events take place that have changed many aspects of our society, including the way we consume and do business. Consumers expect more from the products they buy and the companies they patronize, which is a trend that companies, small and large, must realize in order to better understand their customers. The growing trend of consumer identification with products and companies is known as brand loyalty, and the more companies know about it could be the difference between success and failure.

As the term brand loyalty gains more cache in business and consumer circles, it’s important to know what it means and how it’s being applied primarily in the retail world. In its simplest definition, brand loyalty refers to the positive association consumers have with a particular product or brand. Consumers show brand loyalty by not only buying a certain product or service, but doing so continually, and by promoting the brand via word of mouth and other passive ways.

The importance of brand loyalty cannot be understated, with one study showing that 61% of people are loyal to one to five brands, and that brand loyalty is increasing overall. So let’s take an in-depth look at the background of brand loyalty and the primary factors that drive it, including rewards, identity, accessibility, and quality.

Successful businesses that know their customers realize the importance of brand loyalty. According to one study, 89% of Americans will support a brand they think has a positive impact on the world, and this trend is even more apparent with younger people, as the same study showed the nine to 11% of Generation Z and Millennials are more likely to support “purpose driven” brands than Generation X. As younger people become more brand loyal, though, it’s important to keep in many that brand loyalty can often be a capricious phenomenon.

The first step a brand can make toward better understanding its customers is acknowledging that brand loyalty is fluid and is constantly being influenced by an array of factors. Companies that dedicate resources to study these changing trends and use that knowledge in marketing campaigns successfully recruit new brand loyal customers while retaining those who are already loyal.

But marketing is only one very small feature of brand loyalty. The most important element of brand loyalty are the factors that drive it, which include loyalty programs, brand identity, product quality, and support for local brands. So let’s dive into these drivers and see how knowing about them allows for brands to know their customers better.

Today, many products and companies, from airlines to credit cards, offer loyalty programs for their best customers. Most of these programs offer “cash back” rewards, which has worked well to build some brand loyalty in the past, but more recently consumers want a little more for their brand loyalty.

The standard “cash back” rewards system is viewed as antiquated by many, who favor new types of rewards as well as new methods to convey them. Many younger brand loyalty enthusiasts favor pay-with-points (PWP) over cash rewards, which companies should be happy to use as it keeps those customers plugged into their brand. Perhaps influenced by the rapid emergence of crypto currencies, and its popularity among younger people, many consumers also prefer loyalty programs that function more like digital currencies.

Because loyalty programs have become increasingly defined by tech trends as well as consumer attitudes, brands that keep up with both will be able to better utilize loyalty programs that enhance and grow brand support.

Perhaps the most unique aspect of brand loyalty, and many would argue the most important, is brand identity. Brand identity concerns how consumers view a particular brand, and in turn how they come to identify with it. In today’s ever changing retail landscape, brand identity has often come to be connected to a brand’s political and social ideas, which can push some potential consumers away, but more often instils a connection to a brand and fosters a sense of community. Two notable examples of companies that have successfully cultivated brand identity are Ben and Jerry’s Ice Cream and New Balance.

Ben and Jerry’s Ice Cream began as a small ice cream company in 1978 in Burlington, Vermont that focused on quality and unique flavors. Despite its often higher prices, Ben and Jerry’s ranks second in the US in total sales of ice cream at $936 million thanks in large part to the brand identity that its executives have carefully constructed.

A quick look at Ben and Jerry’s website reveals that it champions a host of liberal political and social causes, from gay marriage to black lives matter, and hasn’t been shy about naming some of its flavors after these causes. Although controversy has come on the heels of some of Ben and Jerry’s stances, and has likely cost them some customers, they have more importantly developed a core of consumers who are loyal to their brand in large part due to those ideas. There are several other notable companies that have taken public stances on the left of the political spectrum as part of their brand identity, but some companies on the right have also successfully taken this approach to brand identity.

Among brands that have recently fostered a more conservative political brand identity, none have been as successful as New Balance. The athletic shoe company New Balance began as a mom-and-pop business in 1906 in Boston, Massachusetts, but has since grown to be a $4 billion company that employs about 1,300 people in five American factories, with the primary shop based in Norridgewock, Maine. Globally, New Balance ranks behind Nike, Adidas, and Puma in sales, but it has a loyal consumer base due to the quality of its product and its “made in America” mantra.

Although New Balance operates factories in the United Kingdom and Europe that produce shoes for the European market, all of its shoes sold in the US are American made, which has been one of its key selling points. Like Ben and Jerry’s, New Balance has also waded into controversy over some of its stances, such as support for then President Donald Trump taking the US out of the Trans-Pacific Partnership. New Balance faced some media backlash and pushed some consumers away with its stance, but it consolidated the loyalty of its customers who believe in buying American made products.

In an era where it seems quantity is often preferred over quality, companies that focus on the quality of their products often find that it pays big dividends in brand loyalty among consumers. Sales and studies have shown that when it comes to many products, especially electronics, consumers are willing to pay more for quality, “hipness,” and customer service, and companies that can successfully combine all of these to create an excellent consumer experience are taking the lead. Perhaps no other company embodies this aspect of tapping into brand loyalty better than Apple Inc.

Despite usually offering more expensive items than its competitors, Apple has amassed a loyal brand following through a combination of dedication to quality and marketing/branding. There are currently more than two billion iPhone users in the world and hundreds of millions more loyal iPad, iPod, and Mac users who wouldn’t dream of switching to an Android or “PC.” Apple’s successful branding and development of its loyal brand following has allowed it to grow as a company and segue into other products, including Apple TV and gaming.

The final driver of brand loyalty to consider is support for local business. Despite many brick-and-mortar businesses shuttering due to the lockdowns, some traditional businesses have seen a surge in support over the last two years. The National Retail Federation indicated in a report that 49% made purchases to specifically support local small businesses during the lockdowns. This sense of community that’s inherent in every region of the US, among all demographics, can be utilized to build local brand loyalty.

Local businesses that can tap into the positive feelings most people have for their communities by developing a brand identity may find success. After all, Caribou Coffee began as a small coffee shop in Edina, Minnesota in 1992 and found success by developing the brand loyalty drivers discussed here while keeping its local identity.

The Future of Brand Loyalty

In the coming years, the most successful retail companies will be those that know their customers and in turn are open enough so their customers will know them. Companies will develop relationships with their customers through a variety of drivers, including enhanced loyalty programs, clear brand identities, increased quality and service, and attention to local concerns that will ultimately develop brand loyalty. Companies that learn how to transcend being just a company or a product and instead become a brand that consumers are loyal to will be the primary force in the always evolving landscape of the retail and service industry.